Does Flossing Cause Gum Pain? 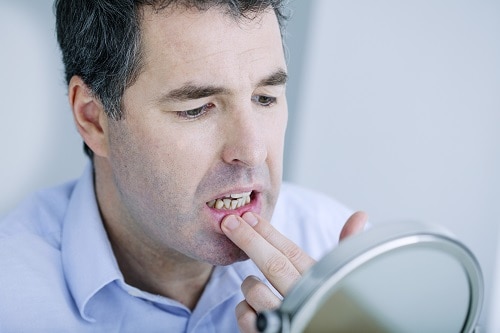 It’s important to brush and floss your teeth every day to maintain good oral health. But what does it mean when your gums hurt afterward? Is it normal for gums to be sore or even bleed while flossing or shortly after flossing? Let’s check in with your dentist in Mill Creek to see just what may be causing your gum pain.

Don’t Blame The Floss
While it’s true that flossing can cause gum pain, it’s usually not the action of flossing itself that results in soreness. The only reason why flossing alone will cause pain is if you’re flossing too hard or too often — once a day is the typical recommendation. If your gums bleed or become inflamed and sore while flossing gently, or you notice the pain shortly after flossing, it’s usually a sign that there’s something else going on in your mouth. Some of those possibilities aren’t very serious, while others are cause for concern.

Canker Sores
One of the not-so-serious causes of gum pain is a canker sore. These non-contagious sores can affect anywhere in your mouth, including your gums. They’re usually a small red bump but can also be covered by a white coating. Canker sores can be painful, but they’re usually short-lived. There’s typically no reason to worry about canker sores as they’ll go away on their own, however, if you have one that doesn’t disappear within two weeks, schedule a visit with your Mill Creek dentist.

Minor Burns
Another potential reason behind gum pain that shouldn’t worry you is a minor burn. These painful and pesky burns can happen from eating hot food or drinking a hot beverage too quickly before it has a chance to cool. The result can be a minor, yet painful, burn that can affect your gums, roof of the mouth, or really any of the mouth’s soft tissues. There’s no treatment for these incredible common minor burns and the pain will resolve on its own. Just try to avoid biting into a hot slice of pizza too quickly.

Hormonal Changes
This cause of gum pain only applies to women, but it’s still worth talking about. Women’s hormone levels fluctuate often, especially prior to and during menstruation as well as with pregnancy. These changes in hormones can affect a lot of areas of the body, and surprisingly, the gums are one of those areas. Gum tissue can become swollen, red, and tender, but these symptoms are typically temporary and should resolve on their own.

Oral Cancer
One of the more serious potential causes of gum pain is oral cancer. Similarly to canker sores, oral cancer can first show signs as a sore, sometimes with pain and sometimes without. While the sore or the pain doesn’t need to occur on the gums, it certainly can. In fact, oral cancer can affect any area of the mouth including the gums, tongue, cheeks, and throat. Oral cancer can be treated successfully, but it’s important to catch it in the early stages. That’s why seeing your dentist in Mill Creek every six months is so important. Any abnormalities or changes that have occurred can be thoroughly examined, and any problems can be caught and treated before they have a chance to develop into more serious, harder to treat problems.

Gum Disease
The other serious cause of gum pain that we’ll be discussing in this blog is gum disease. As we mentioned earlier, bleeding when flossing isn’t normal, and there’s usually another explanation. Oftentimes, gum disease is to blame. Gum disease usually shows the following signs and symptoms in addition to bleeding:

If gum disease isn’t diagnosed and treated, it can lead to tooth loss as well as other problems related to overall health such as heart disease, kidney disease, certain cancers, and Alzheimer’s.

Any type of gum pain that doesn’t resolve itself or lasts a few weeks is usually a sign that you should schedule an appointment with your dentist in Mill Creek sooner rather than later. Your dental team will help determine the root cause of your gum pain and talk with you about the best treatment for your specific situation.